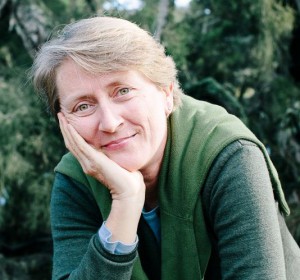 Thanedar is a picture-perfect village in the foothills of the Himalaya. It’s in the north Indian state of Himachal Pradesh, in the centre of apple orchard country. Harmony Hall, a century-old house made of hand-hewn cedar that sits in a valley of well-established orchards, lies at its heart.

Harmony Hall remains the home of the Stokes family, descendants of Samuel Stokes who came from a long line of Philadelphia Quakers. A deeply religious man, Samuel Stokes answered a leading to serve in India and arrived, alone, in 1904. Within his first decade of service he had wholeheartedly embraced India. He disowned many of the trappings of Western life, converted to Hinduism, married a Rajput woman and settled in Himachal Pradesh. Appalled by the exploitation of local people used as labourers by wealthy landowners, Samuel Stokes learned how to graft and grow apples in a way that might suit the hill people on their smallholdings. In 1916, using his Quaker family connections, he brought Red Delicious rootstock from America to Thanedar. These sweet American apples were more to local taste than the cooking apples planted by the British, and over time they transformed the economy.

I visited Harmony Hall in late 2012, hosted by Samuel’s grandson Vijay Stokes. The nearest transport hub is Shimla, about 80kms away, and the bus ride is thrilling and terrifying in equal measure along the hairpin bends of the old Hindustan-Tibet Highway. The surrounding landscape is visible testament to an agricultural economy that now makes up 85% of the state’s total fruit production. Along with well-tended orchards and garden plots there are schools and health clinics in the villages, and scholarships allow older students the opportunity to go to high schools and colleges in Shimla and elsewhere. Later, speaking with groups of students at the University of Himachal Pradesh, I learned that many were from apple-farming families; they have special leave arrangements that allow them to go home to help with the annual harvest and pruning. Without exception, they still recognised the Stokes family name.

Samuel Stokes’s legacy reached further than Thanedar. In the 1920s he became one of Gandhi’s close allies in the fight for independence. Throughout India he is known today as Satyananda Stokes, the only American jailed by the British during non-violent protests in the lead-up to independence.

Watch: The Better Part – An American in Gandhi’s India https://www.youtube.com/watch?v=4HrapgrVoRc

Read: An American in Gandhi’s India by Asha Sharma